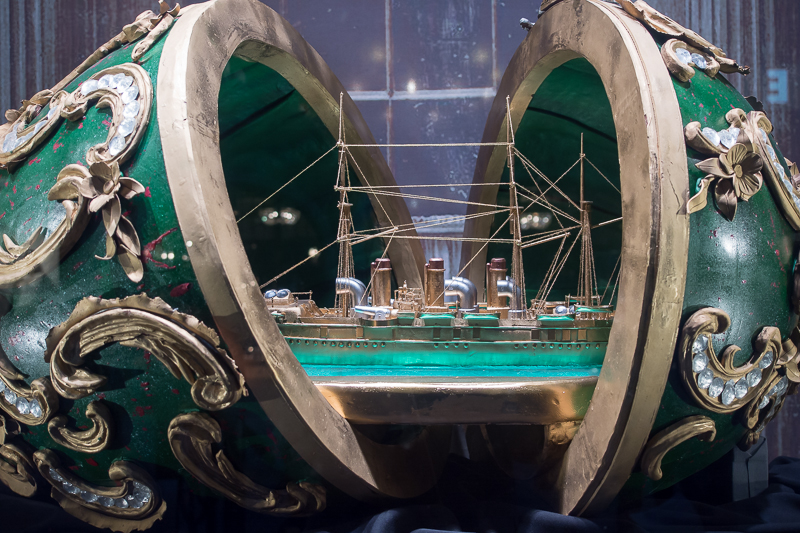 The Demel is the K.u.K. (Imperial and Royal) Court Confectionary Bakery – located at the ‘Kohlmarkt’ in Vienna’s first district – and it’s famous about its excellent and well-known Cakes and Pastries. The Bakery is also well-known for the special dressed display windows, which show the art of the confectionary baker.

Currently they show an oversized ‘Fabergé Egg’ on display which is created after the original shown same time in an exhibition at our Art History Museum. Eastern is near so the humorios aspect here is to present it as special kind of ‘Easter Egg’ ;)