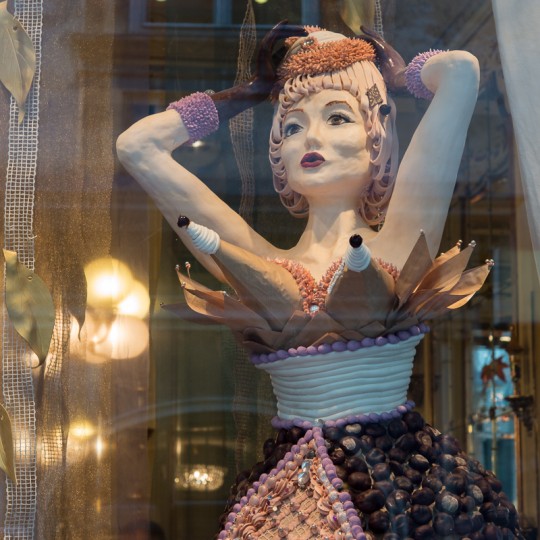 The Demel is the K.u.K. (Imperial and Royal) Court Confectionary Bakery – located at the ‘Kohlmarkt’ in Vienna’s first district – and it’s famous about its excelent and well-known Cakes and Pastries. The Bakery is also well-known for the special dressed display windows, which show the art of the confectionary baker in a humorous way as you can see at today’s picture.